The Crimea was called a «museum of nature», a «magic land», a «copy of the ancient paradise». A wonderful spot of the Earth washed by the Black Sea and the Sea of Azov attracts travellers charmed by the beauty of its mountains, valleys, palaces, and parks.

Some people prefer to walk along the marvellous peninsula admiring the variety of landscapes. Others — infatuated with riding bikes — are sure that the «sun on the spokes, the blue over one’s head» (from a Russian song) are the integral attributes of a full-bodied rest. The third ones consider that «better than mountains only another mountains can be» (from a Russian song), and the fourth ones strive for unravelling the secrets of the sea depth…

Departing for a trip, you are to remember several simple rules in order that your rest should not be overshadowed by an unpleasant incident. 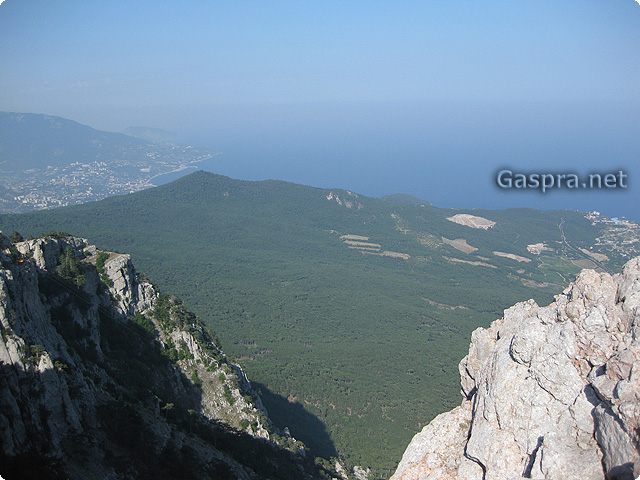 The inhabitants of Crimean forests are non-aggressive. The largest predator in the peninsula is the wild boar. A sudden meeting with it may be of serious danger: if the animal will be made angry, one will have to save oneself on the nearest tree.

In local forests there are no venomous snakes, but on the other hand, there are harmful insects. Serious troubles are produced by stings of a Lathrodectus tredecimguttatus, tarantula, scorpion. One should bandage the spot of the sting as soon as possible having previously wetted the bandage with a strong manganese solution (be sure to have on you a first-aid set). Until a doctor comes provide the victim with peace, warmth, and plentiful drinks. The clothes for walking tours to the mountains and the forest are to be convenient, light, dense, not leaving, if possible, open areas of skin. Do not ignore head-dresses — in such a way you will make yourself secure against an assault of ticks. Spending the night in a tent, check carefully whether unwanted visitors have penetrated into the tent, fasten the entrance.

In the sea waters you will not feel pleasure from a meeting with a large jellyfish. A venomous fish scorpena and a ray represent a more serious danger.

Some Crimean plants can cause poisoning, burns, allergic reactions. So, for instance, bright fruit of berry yew-tree can be the cause of a tragedy — all the parts of the plant are very poisonous. The leaves and spectacular flowers of fraxinella cause the heaviest burns. Oleander, box-tree, lily of the valley are also poisonous. Do not pick and, all the more, do not put in your mouth wild plants — both you will be more easy in your mind and nature will be more safe and sound.

In the Crimea the first territory protected by state appeared in 1923 when the Crimean State Preserve was founded. Forest and yaila landscapes of the mountainous Crimea are liable to protection. The task of the preserve consists in preservation of rare species of animals and plants. Its branch — Lebyazhi ostrova (Swan islands) — serves as the place of thousands of swans and sea-gulls nesting. This is a real kingdom of birds.

In all at the territory of the Crimea there are 6 presets: Crimean, Yalta, Martyan Cape, Karadag, Kazantip, and Opuk preserves. In addition to the preserves 75 nature monuments, 35 game reserves, 9 protected natural boundaries, 30 monuments of gardens-park arts have been organized.

The stay in protected territories is strictly regulated. One can visit them only in the presence of a corresponding permission or on condition that one is a member of an organized excursion. For an authorized staying on the peninsula protected lands a penalty is inflicted on the onfringer.

We recommend to leave for mountains only with a guide. Never start for a walking tour without a large-scale map or scheme of the region, a compass, and means of communication (portable radio transmitter, telephone).

Your footwear is to be comfortable, with a non-slippery sole, no heels, plimsolls, and sandals whatever. Be especially careful on complex sections of your way — rocky juts, screes, steep slopes. Avoid going to the mountains in rainy weather. Prefer beaten tracks. If you have no experience and equipment you should better not subjugate peaks, not descent to caves, etc.

Intending to carry out a walking tour to the mountains, you are bound to inform the Control-rescuing service on its terms and route.

In the case of an unforeseen situation requiring the interference of rescuers one should pass a call to the nearest team of the Control-rescuing service using any available means.

Nature has no bad weather in Crimea