A stereotype connecting the Crimea exclusively with the summer holidays has firmly taken root in many people’ minds. And quite wrongfully, because this spot of the Earth is beautiful at any time of the year. If to digress from the idea that the Crimea is the summer sun and excellent beaches caressed by the Black Sea waves, then one can make for oneself many little wonderful discoveries in the marvellous peninsula.

September and October in the Crimea are much brighter than August when the summer heat burns grass and covers leaves with dust. Autumn guests will be made happy by the abundance of tasty grapes, by quiet sunny days, and by a condition of some special pacification when both the earth and the people rest after the invasion of tourists’ numerous hordes… In the environs of Old Crimea feather-grass sings tenderly, firm capers on the Sudak and Koktebel hills, touched with grey, flourish in white and pink, woods and parks demonstrate their bright autumn costumes. Autumn is an excellent time for long, unhurried walks. 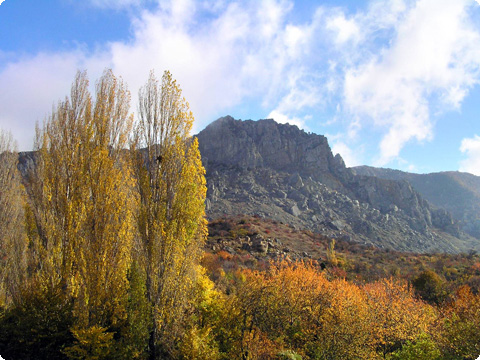 Snow in the Crimean mountains lies down as a firm cover ordinarily only from January, but on the other hand, the ski season continues as long as till April. There are not many places for skiing — you know, the mountains are not high and are covered with woods and shrubs. There are ski bases near Angarsky pass and on Ai-Petri. One may come here with one’s own skis, but one can also take advantage of rent services. There are routes both for beginners and more complex ones. One can get easily to the Angarsky pass, but the ascent on Ai-Petri is connected with difficulties: the rope-way is not working when a strong wind blows, and one not always succeeds to find a person wishing to take you along the snow-covered serpentine road. But the one who has overcome all the obstacles will be rewarded: in addition to excellent skiing (to the elevator the skiers are towed by means of snow-tractors, this entertainment is called skijoring), the contemplation of incredible Ai-Petri sunsets and sunrises will afford him real pleasure. 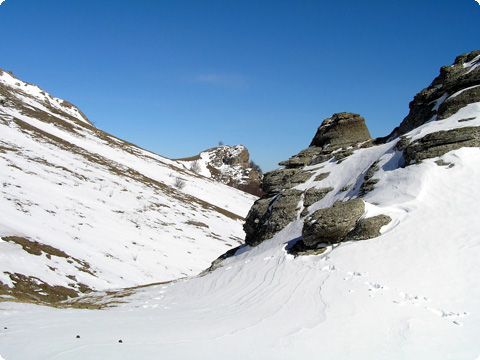 At the South Coast it begins early, and in the Crimea mountainous part — a little later. The April blossoming in the gardens and parks of the Greater Yalta produces an indelible impression on the sole of every visitor of this Goddess Flora’s fairy-tale kingdom. But still the picture of a blossoming yaila really is a staggering discovery. And what about the Bakhchisarai’s foothills covered with poppies or the spacious plateau of Uzun-Syrt decorated by luxuriant candles of asfodeliya and crimson stars of peony narrow-leafed?! From here before your dumb-founded gaze there opens the view on the toy-lake Barakol which had fallen into a hollow like a blue mirror, and farther — on the dark mountain range of Karadag projecting into the sea… A mysterious «dead town» is situated on the back of an ancient volcano, where in spring luxurious clearings of pink peonies suddenly appear, and above them along the overturned sky blue there fly light feathers of white clouds. 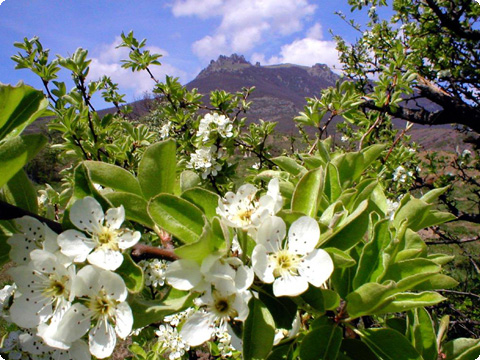 The Big Canyon decked by yellow, red, blue, green patches represents a majestic sight. The air is transparent, clean, and fresh like the light and delicate Crimean wine. Don’t miss the spring holiday which is organized for you by nature.